Are you tough enough to be a Champion?

Home » Blog » Are you tough enough to be a Champion?

At the recent Masters Golf Tournament Danny Willet carded a final-round five-under-par 67,  taking advantage of defending champion Jordan Spieth dropping six shots in three holes. He now wears his Masters Green Jacket with pride after an amazing last round in what was a extraordinary time in his life with the birth of his child and his wife’s birthday all happening almost simultaneously.

Most of us would have had a fantastic excuse to be distracted and a reason not to perform, but not Danny Willett. Willett’s manager Chubby Chandler now predicts he could win another major this year and become number one in the world “without any doubt”. Now that’s confidence for you!

So how has Danny Willet achieved what he has?

Through developing his mental toughness and maintaining his personal perspective when pressure strikes. He has chronic back trouble which could become debilitating to most people let alone a professional golfer. He has also built his perspective which underpins his confidence and performance slowly and gradually unlike the Speiths, Fowlers and Mcllroy’s of this world.

Chandler went on to say:

The former English amateur champion turned professional in 2008 is a vicar’s son, once the top-ranked amateur golfer in the world, he has carefully managed his back problems and used his father, Steve, as a psychologist to overcome his doubts.

Chandler goes on to say “He had his trainer in Augusta and he’s got a terrible back, so once a month he has a check-up, and then he goes on and does his thing properly,” he said. “He works so hard in the gym, partly because of his back and because he wants to, so he will be here for a long time.”

Danny Willett  keeps his feet planted firmly on the ground and maintains a perspective even on his ‘crazy, crazy day’

Willett, who described his victory as “surreal”, as he moves to ninth in the world rankings after his Augusta win and says;

“It is a fantastic start in the right direction of doing pretty special things in big tournaments. I’m making sure I move forward in my game and seeing what else I can achieve.”

Danny Willet has a clear vision of what he wants to achieve, he understands where golf sits with his family and would not have been at the Masters had his son Zaccariah not arrived early. Danny Willet has the mental toughness to become one of golf’s greats. He has the control both in terms of his life and his emotional control, he certainly has the emotional and social confidence as well as liking and rising to a challenge. Given the issues he has overcome to get to where he has his commitment is unquestionable.

For us, business and sporting success are not that far apart, they both require a vision or a goal and they both need a plan with the right people or teams to implement it.

So how can you develop your resilience, when those tough decisions have to be made, how do you keep going under prolonged periods of stress? As we all know there are several solutions but a good starting point is to understand your own mental hardiness and resilience and this can be done in under 10 minutes usingour online test.

Developed with the 2003 Rugby World Cup winning coach Sir Clive Woodward, the test aligns to his model of a DNA of a Champion 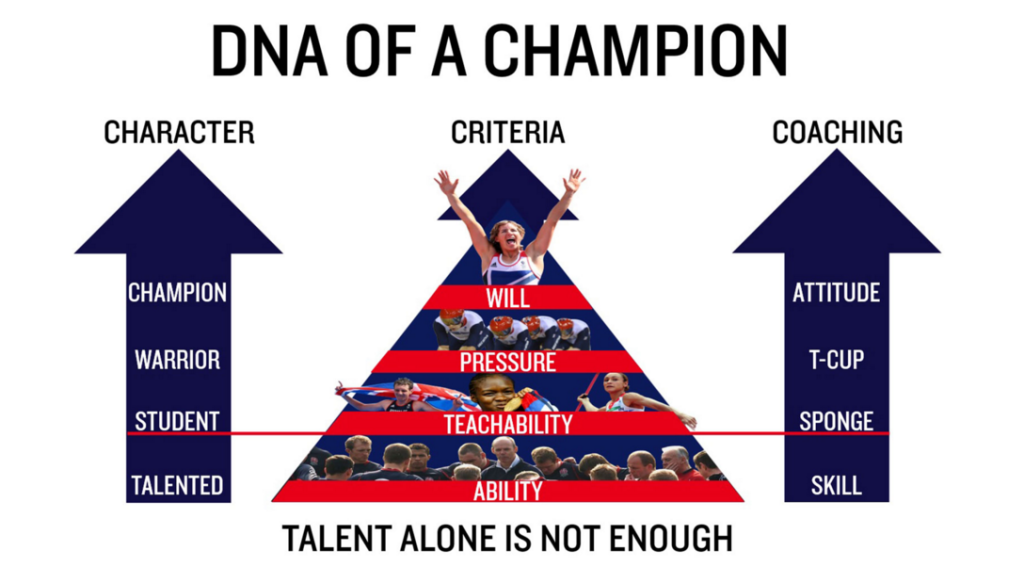 The online test examines areas of your life such as your:

After completion of the test you are given three reports, one that allows you to develop yourself, one that is used by a coach to develop you and one that can be used if you are looking at a potential new employee or you are recruiting someone into a new team.

If you would like to know if you are able to match Danny’s Mental Toughness please watch the video or go to www.businessprofiles.co.uk